Once named Best Comedian in Louisville in the Louisville Eccentric Observer Reader’s Choice Awards, Author/Comedienne Divinity Rose transforms from geeky single mom, writer/producer to multi-talented performer. Divinity’s playfully funny observational comedy has made her an audience favorite, winning her second place in Lima’s Funniest Lady and placing her in the finals of Louisville’s Funniest Person. The Louisville Eccentric Observer also spotlighted her for comedy and spoken word along with 11 other artists of different media in their 2013 Annual Arts and Entertainment Guide and she has been featured in Today’s Woman Magazine. The Kentucky native “wild ginger” found herself crushing on comedians from a young age, sneaking to watch SNL and Red Dwarf while babysitting. Divinity began her comedy career in 2002 when she performed as an amateur on the Lisa Lampinelli Show at Caroline’s in New York City, and she’s since shared the stage or screen as an emcee or actress/entertainer with Nora Dunn, Al Snow, Dinky Gowen and countless others.  One of her most fun roles was portraying Tony award winner Tessie O’ Shea in the sold out live recreation of the Ed Sullivan show the Beatles first aired on for the 50th anniversary. When she isn’t telling jokes, Divinity acts, writes and produces for both stage and screen. In her adventures, Divinity has been heard on NPR and seen on the Syfy program “Spooked,” which may or may not be part of her master plan to compile the geekiest credits of all time. 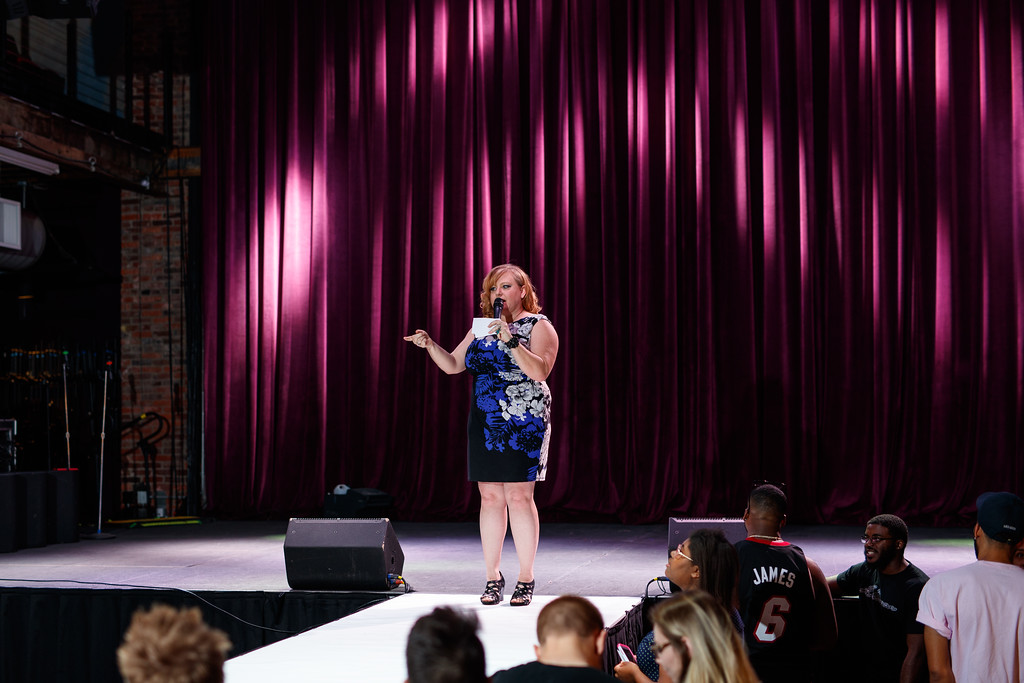 Comedy in Metamora, IN